On the 14th of April 1985, Stefan drives in one of just two races in a Porsche 962 C from the Brun Motorsport Team. It is the opening race of the then sports car endurance world championship, the 1000km race of Mugello. 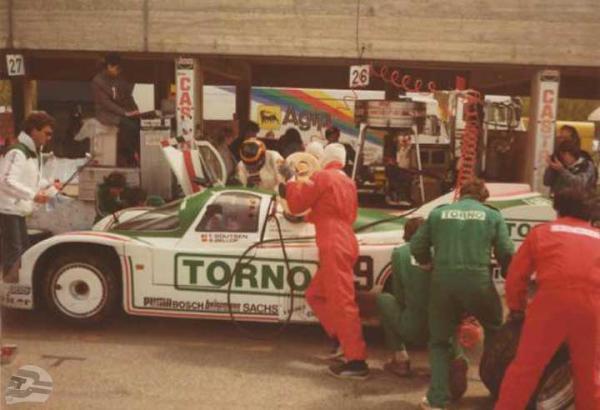 In the race, Stefan and the Belgian Formula 1 drivers Thierry Boutsen finished third and a lap time of 1: 42.560 minutes after 189 laps.

It was a successful race for the Porsche brand: the 962 C achieved a triple victory of the 962 factory in Rothmans Design with Jacky Ickx and Jochen Mass after 190 races. In second place came the Kremer 962 driven by Manfred Winkelhock and Marc Surer, the winner trio was then rounded off with the Brun Porsche 962 from Stefan.

"Stefan was a bank. He was incredibly ambitious. This, however, did not mean that he turned off the mind. "

The 962 C is the further development of the likewise very successful Porsche 956, which between 1982 and 1985 brought four LeMans victories in consequence to the Zuffenhausen sports car builder.

In 1984 the Porsche 962 was put into work, which should follow in the successful footsteps of its predecessor. The power output of the 962er six-cylinder boxer with turbocharger was 500 kW / 680 hp from around 3.0 liters displacement. The 90 built specimens of the 962 won a total of 54 races from 1984 to 1991, of which two times the 24h classics of LeMans and secured Porsche master titles.
The French model car manufacturer Norev is now presenting exactly this Brun Porsche 962 C, in which Bellof and Boutsen 1985 in the race in Mugello reached the third place.
The model car is limited to 1,000 pcs, made of zinc die-cast and elaborately printed. Norev has implemented the model on a miniature scale of 1:18, this corresponds to a length of approximately 25cm. To be found under the item number: 187406, for 59,95 € in the Online shop of www.ck-modelcars.de. 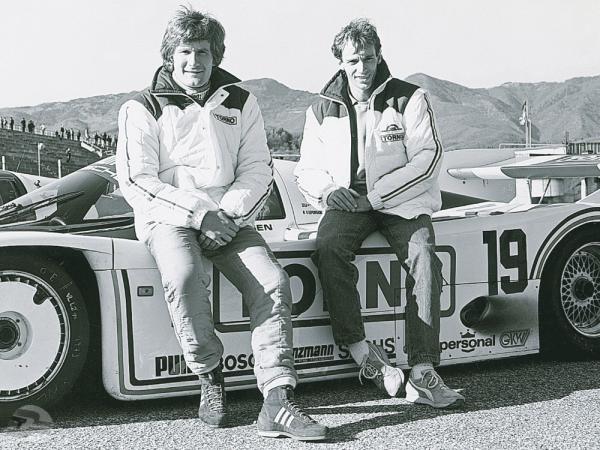 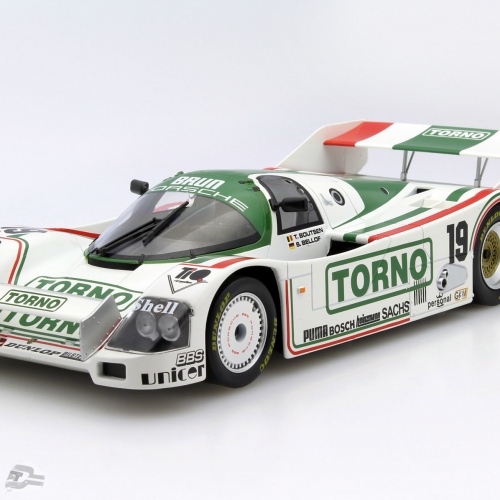 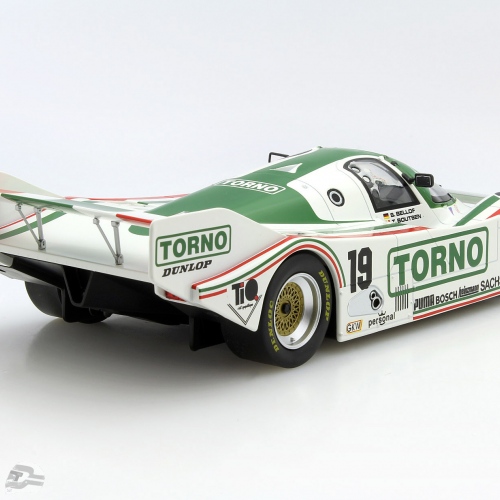 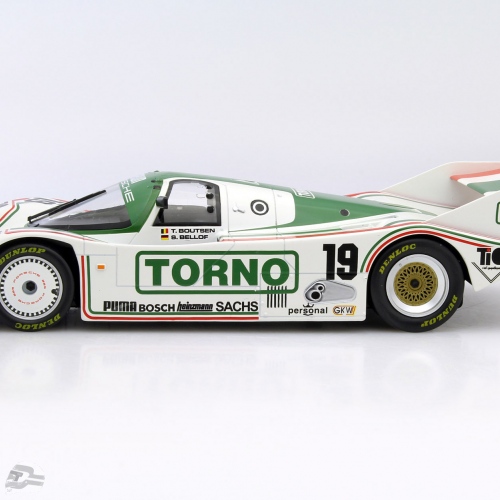