From 1973, the brothers Stefan and Goa Bellof drive in the Oppenrod karting club near Giessen. A very normal career start that many racing drivers go through. But Stefan shows a very special talent right from the outset. He is officially involved in all the junior disciplines and does an excellent job. In his second year alone, he wins 7 races. Sometimes he even deliberately starts from the last place for the fun of it and he wins quite often despite the disadvantageous starting point. In 1980, two years after his older brother, Stefan becomes German karting champion - a crowning end to his karting career and the start of his exciting journey through Formula sport.

“I have rolled over a few times in the kart too, but that doesn’t happen too often. You just get thrown out and the kart flies on, on its own“.

In honour of Bellof, Oppenrod hosted in September each year and until 2015 6-hour races, and since 2016 there is now the Stefan Bellof Memorial 24-hour team race in June. 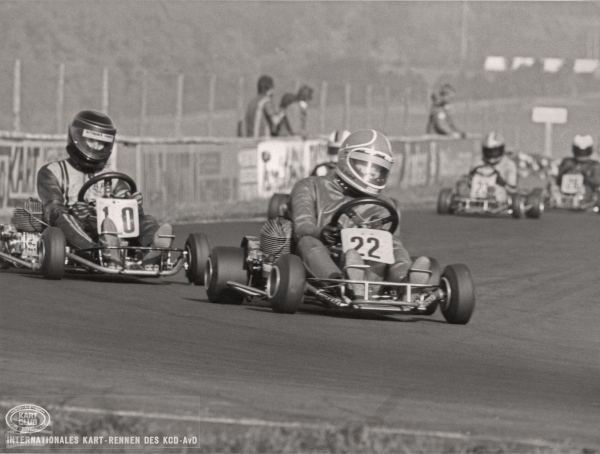