In 1983 Stefan Bellof in negotiations with many different Formula 1 teams. This didn’t go as well as planned, which lead to a very short-term contract with Tyrell in 1984. 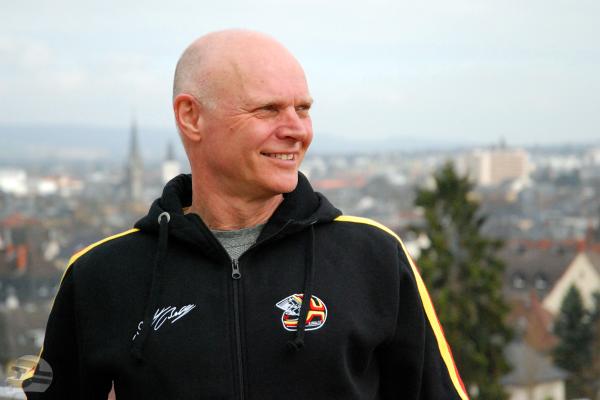 SB-Official: "In 1983 it seemed he would come together with Arrows - but Stefan gave them ultimately a cancellation. He is said that one of the reasons had something to do with Barclay, one of the sponsors"

Goa: "In 1983 there were negotiations with Arrows, ATS, Brabham and Tyrrell. The negotiations with Jackie Oliver of Arrows were particularly concrete: There should be a 3-year contract with one-sided binding. That means, if Stefan had not provided the desired performance, Arrows could have fired him at any time. Mark Surer had been treated preferentially at Arrows and would have gotten the new engines, while Stefan could have driven with better materials at the earliest in Hockenheim. Dieter Stappert was responsible for the negotiations. Stappert was then the head of the BMW Motorsport GmbH at the time as the engine supplier of Arrows, ATS and Brabham, the world champion team. In addition, he was a close friend of Rainer Braun, so he knew some quarrels from Formula 2. At that time, the engine supplier Heidegger had seized the engines in the middle of the season because of unpaid bills. On 22nd December, there was a meeting at the Hotel Atlantic in Hamburg, where intensive negotiations were held, which ultimately led to no agreement. Stefan told me that Arrows probably did not want him to wear some of his personal sponsors. But that was only a point of many. It must be said that Willy Maurer, who took care of the negotiations on Stefan's side, behaved very awkwardly and got on the wrong side of many important persons. On January 4, the theme of Arrows had finally come to an end with Ken Tyrrell."

"Bellof seems poorly advised to me at the moment."

SB-Official: "On the side, he was still driving sport car. He actually tended more to Joest, but Brun would have the more attractive offer."

Goa: "This was perhaps the official version. I'll tell you the real background now! Stefan was then the best paid driver in the Porsche 956 financially it would have made no difference for Stefan whether he had driven for Brun or Joest. The decisive factor for the decision was his friend and personal engineer Klaus Bischof. Bishop had, indeed, overthrown with Joest. If Stefan had gone to Joest, he would not have had Bishop at his side. He has always modified and adapted his car as much as Stefan really wanted and needed. His driving style was very individual, so he also needed a custom engine. At Joest, he probably would not get it. Otherwise, the offers were the same."

SB-Official: "Who initiated this with Tyrrell?"

Goa: "The Initiator was Willy Maurer. Stefan was living at the time in Monaco and called me. He said he had a test ride for Formula 1 at Tyrrell. Martin Brundle is firmly in the team, but the second car is still free. The test runs then probably went very well. It must be said, however, that he had to drive with the lower suction engine, which during the training had about 500 HP less power than the competition, while in the race still 400 horsepower less."

SB-Official: "Willy Maurer and Stefan came quite spontaneously to Tyrrell test drives, knowing that not all cockpits were occupied."

Goa: "They went together to the test drives to Le Castellet. Maurer has been talking to Tyrrell, whereupon this Stefan took a couple of laps. After a few rounds, Stefan was as fast as Brundle; About 10 laps later, he was even faster. Tyrrell was very pleased with his performance and made a direct offer to Stefan. The final agreement was made on March 17, so everything was very short term. The problem was that Stefan had already signed his contract with Brun, for which he was to take some championships. His focus was clearly on the world title. The Formula 1 contract had to be built around existing contracts. I must say, however, that Tyrrell definitely did not want Stefan to continue driving in the sports car because he thought these cars were too dangerous. In any case, the contract was realized very quickly, so that Stefan came completely unprepared to Brazil, while others had already gone through long tests with their cars. Stefan's seat was already adapted and made, for example, when the agreement was not yet signed." 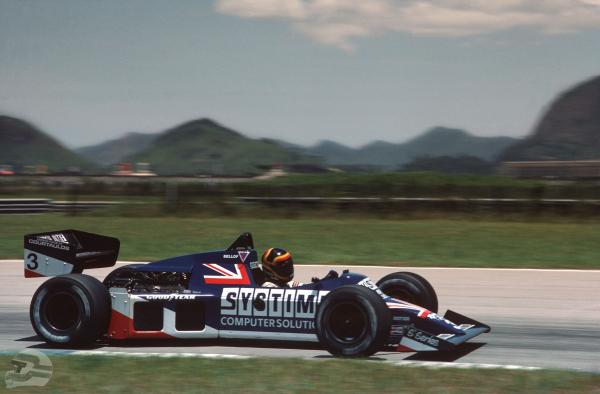 SB-Official: "Did you have contact with one another at this point in time?"

Goa: "Yes, but not every day. Sometimes I did not hear from him for three weeks because he was on the road. But when he got the contract, he told me joyfully: "I signed the contract, I'm finally in Formula 1! I am flying straight to Brazil now. "Wolfang Wolf, a friend, has then flown in my place, because it was too short notice for me."

SB-Official: "Was the entry into Formula 1 later still celebrated with the family?"

Goa: "No, we generally never celebrated these things. neither at the school graduation nor the Journeyman test. These things were just a normal part of life, so there was no party."

SB-Official: "Did you notice that Tyrrell was hoping to get in 1985 TAG turbochargers and whether this was      perhaps a criterion to get Stefan into the team?"

Goa: "Tyrrell knew at least that he could not keep up with his current engines. But since TAG has paid the engines, Stefan had nothing to do with it. Porsche has also only received the order and the engines developed and delivered."

SB-Official: "Did you follow Stefan's Formula 1 debut on TV?"

Goa: "Yes, of course I looked at it! It was of course not as well transferred as today, where one gets all shown from 17 different camera shots. But Stefan was very good, unfortunately he failed because of a technical defect. But it was only the first race and he was faster than his team-mate."

Goa: "He started in position 22. In the first round, he moved up 13th, and in the second he overtook Senna. In the 12th round, he fell out because the throttle cable was torn. Stefan was very fast in the corners because of his driving, while in the degrees they all moved away. This had to do with the engine performance. Today it is still synonymous, that depending on the engine the cars have different strengths, but there is usually only a few horsepower. At that time worlds were interspersed."

"I would never have expected such a performance from a Rookie ..."

SB-Official: "How was the first race?"

Goa: "The race leaders were very surprised by Stefan. At the Warmup, he overtook Brundle directly and then was faster than he did in the race. Brundle then finished 5th."

SB-Official: "Did you talk to each other after the first race?"

Goa: "Yes, we did. Stefan, of course, was disappointed that he had failed because of the torn throttle cable. In itself, however, he was also very happy that the performance was right. And you can also see in the magazines that those who have been active for a long time in motorsport, have noticed his performance pleasantly surprised."

SB-Official: "Stefan wrote in his column that the rumble in the Formula 1 is huge."

Goa: "He was never the type to party, but when you're contantly being invited. From sponsors, from drivers, of each there was some event. There were really huge celebrations, where the national anthem of the country in which they were in were sung. Stefan did not want to stay long. He wanted to do his work properly and go to sleep early enough to be fit for the next day."

SB-Official: "He wrote that he had met old companions, but no cordiality came up."

Goa: "That's how it is in Formula One. Once you are the new one, and all these are not teams, they are individual combatants. And if you're still good, you're going to the competition. All those who were on the same level had stress. Stefan got on well with the technicians in his team."

SB-Official: "Later, Tyrrell was disqualified because the team had manipulated the weight of the car with a lead ball."

Goa: "Yes, it was a very stupid thing. But Stefan did not know what they were pouring into the tank."

SB-Official: "After Stefan's return, was there a lot of interview questions?"

Goa: "Since he lived in Monaco, I did not know much about it. In addition, this was all about his agency at Willy Maurer. But many journalists were then even flown in the same plane, so presumably it was already there. At that time, not so many drivers had a private jet, especially those who were still in the beginnings. Today, everything is much more sterile. Another example I know from Dallas: Stefan arrived at the hotel, where there was also a pool. From the television, he thought the pools were huge. He then told me, 'That was such a small thing, I broke up!' * Laughs * Or when he did not even have a jacket for Mr. Ford's reception. There he had to borrow a jacket from Jochen von Osterrod, a journalist, a shirt from his neighbor and a tie from the third. * Laughs * So ran that time! Today you have your dress code and get everything from your team."

SB-Official: "At the time, 14 cars were lost in a race, maybe three today. What was different then?"

Goa: "Before, there were still warm-ups to drive in. After that they drove their BMW M1 in the Procar series and then went back to the Formula 1 race. Today nobody can imagine it, but they really spent the whole day in the car. At that time the test days were not yet regulated, as one could drive, when one wanted. Of course it also cost money." 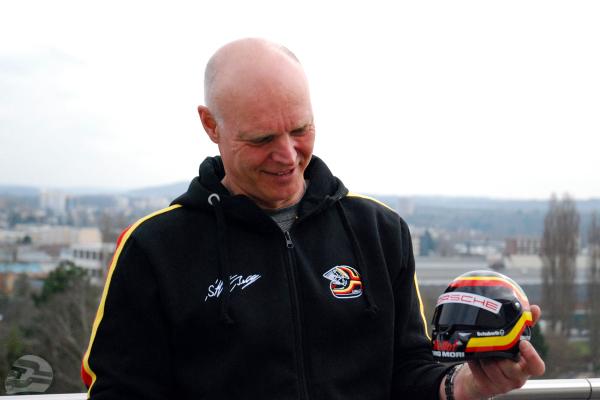