Minichamps has produced an outstanding model car, based on the car of which Stefan Bellof took part on the test drives in Silverstone, British Isles, on 10 November 1983, at the invitation of Marlboro McLaren International. The miniature is held in the 1:18 scale and is made from the high-quality polyurethane casting resin. The model is called the McLaren MP4-1C and was tested on that day by Martin Brundle, Ayrton Senna and Stefan Bellof. The times: Brundle and Bellof drove on hard tires 1: 14.7 and 1: 14.6 minutes respectively, Senna on soft tires 1: 13.9. 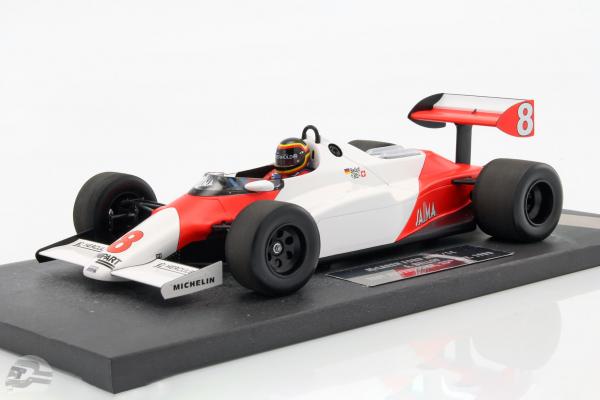 Stefan Bellof also commented in the Rallye Racing magazine on his impressions of the McLaren factory: "It's a top team, with about 90 people working there and everything is perfectly organized and clean, almost like a kitchen." His brother Georg today in the blog Geos memories: "The factory was a sight, there I was completely plowed! A surgical tract was nothing. This was all sterile, no droplet of oil on the ground or any other dirt particles. Everything was very professional, you quickly noticed that you were a guest team. McLaren were also the first to build a carbon monocoque. The other teams were still using aluminum-riveted monocoques.
Perhaps you can remember that John Watson suffered a serious accident in Monza in 1981 due to this carbon monocoque. "

The developers of Minichamps have met perfectly the appearance of the racing car and meticulously adopted the details of suspension and interior equipment. In the skillfully diminished, correctly colored cockpit sits a driver figure with helmet. The good old times: The revolutionary bottle neck at the end of the side boxes - a design by designer John Barnard - as well as simple spoilers and wings without jagged splinters make the model car to a perfected beauty. To have it in the specialist trade or at www.ck-modelcars.de under the item number 537831898. 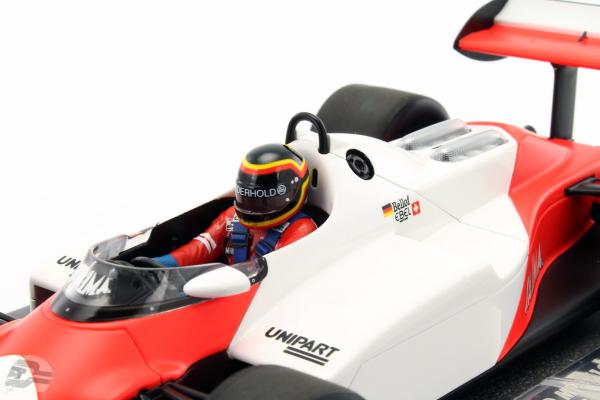 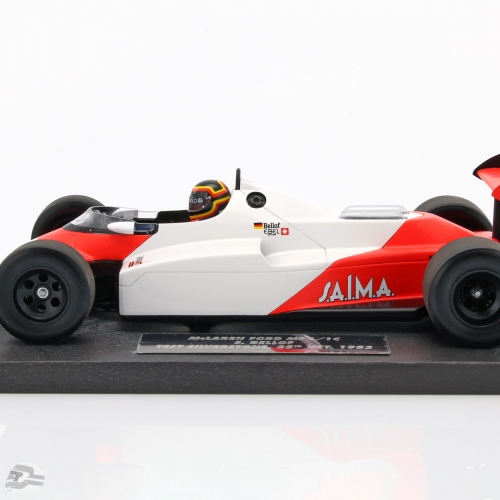 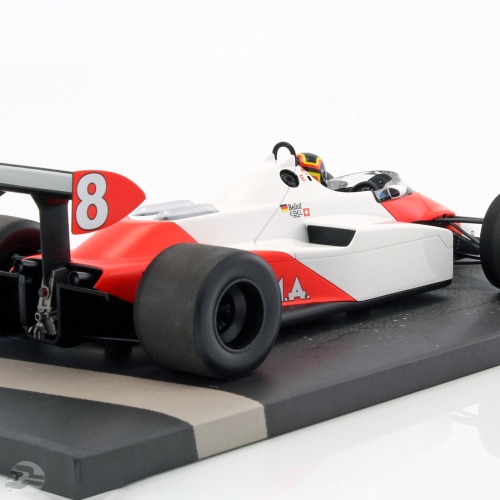