It was the 35th season of the new Formula 1 World Championship, where Stefan Bellof and Ayrton Senna met for the first time since the tests in the British Silverstone 1983. The sixth race of 1984 started on June 3; a Sunday, which should be remembered by the motor sport fans if not only because of the nonstop morning rain. Bellof and Senna had to wait longer as their 18 colleagues of the starter field, which had been reduced to 20 cars, because the traffic light jumped to green only 45 minutes later than expected. But what both newcomers did after the race started should contribute to the legendary formation of Formula 1. 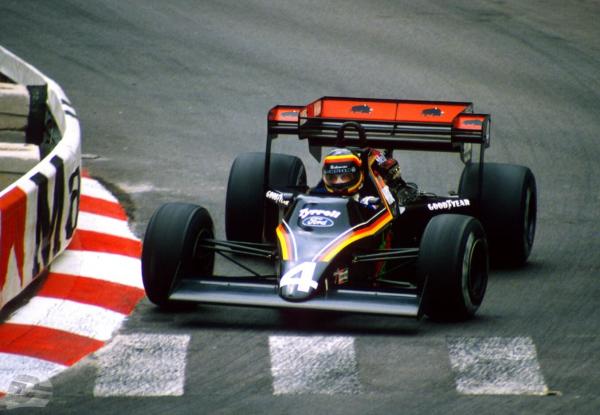 With the launch of the Stefan-Bellof-Collection in cooperation with the Ayrton Senna Fan Shop on the occasion of the Grand Prix of Monaco 2017, two strong fighters come together. They are role models, with their heart and courage, to this day.

Character strength and will power, these characteristics were the two colleagues: The Brazilian went with his Toleman from the 13th place starting the race and drove to the third place by the 16th round; Bellof was also not one of the favorites with the Tyrrell still powered by suction engine. From the last grid position, he didn’t have any great prospects to score great points in the tight city course on the Mediterranean. But the rain and the heart blood of both drivers should take over the lead: In the 24th round, Stefan Bellof was already in fourth place. Even René Arnoux in the Ferrari 126C4 could not prevent Bellof on position three behind the leading Alain Prost in the McLaren-TAG-Porsche and thus to Ayrton Senna. Stars such as Elio de Angelis and Keke Rosberg had crashed a long time before.

Stefan Bellof and Ayrton Senna drove as if unleashed, but in round 31, race director Jacky Ickx stopped the Grand Prix: Did the Porsche factory driver Ickx want to help Prost driving for McLaren who was threatened by Senna and Bellof? It almost seems so, because behind the finish line Senna passed by Prost; Second, Bellof third. Ickx was suspended for one year for the race director's job. Senna and the German had given their whole hearts blood and have perhaps been robbed of a victory. What would be the better place to present the Stefan-Bellof-Collection in the context of Formula 1 than this principality? On the Rue Grimaldi, about 33 years after their battle-formed encounter, Bellof and Senna find themselves together again. The Stefan-Bellof-Collection introduces the T-Shirt, which with this portrait and racing car revises this 1984 Grand Prix. 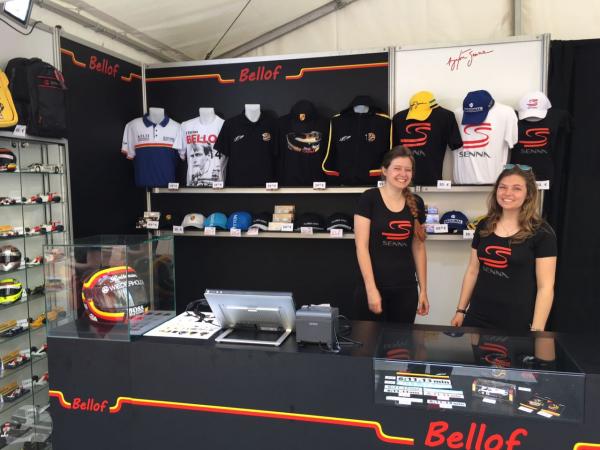 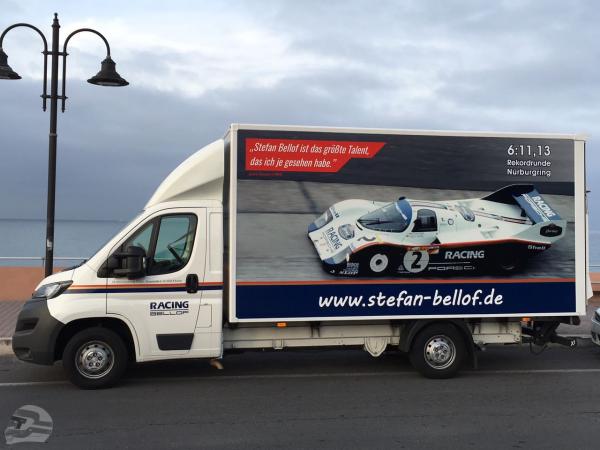 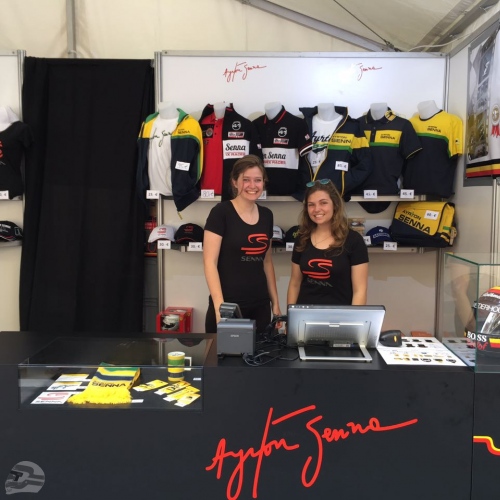 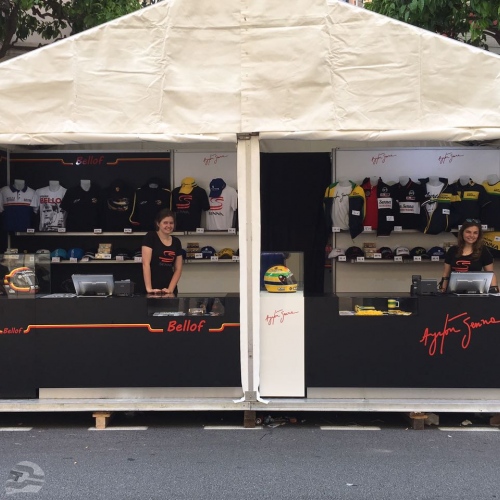 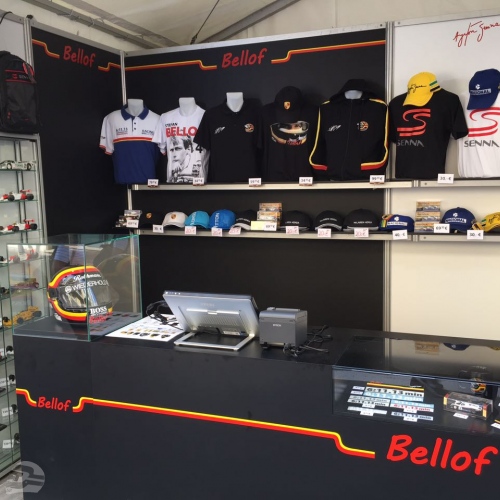 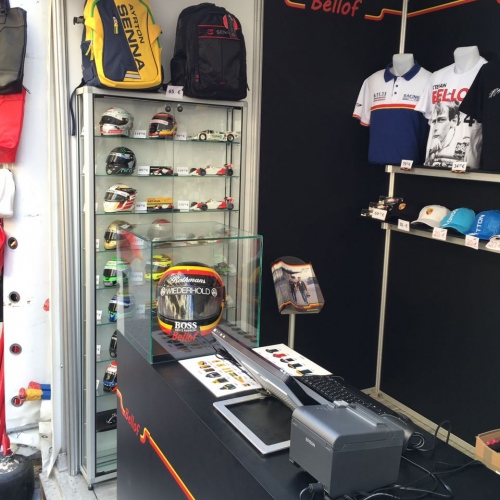 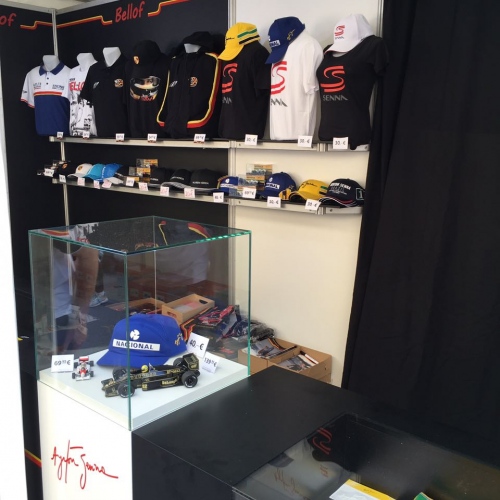 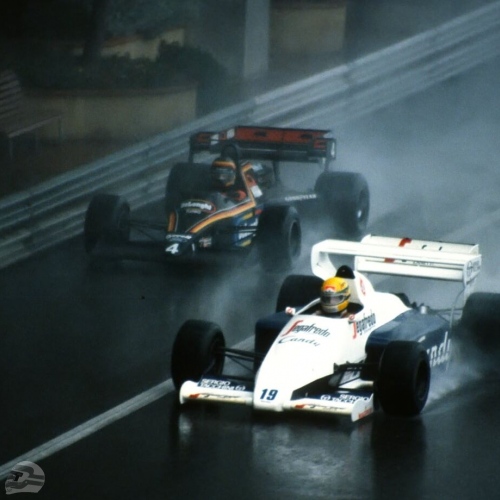 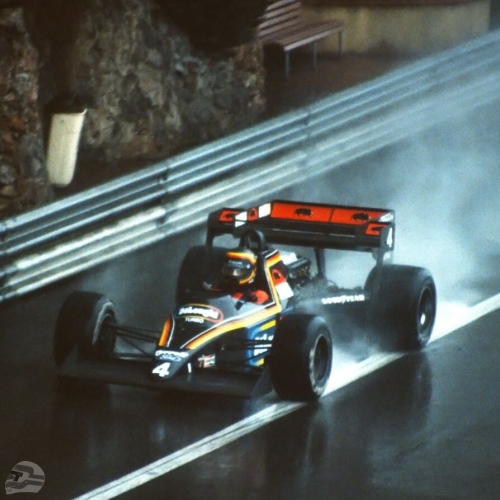