The Ring boulevard as a scene, a world premiere: The Stefan-Bellof-Collection will be presented in the sales shop of the Cologne Trade GmbH in the course of the 45th ADAC 24 hour race Nürburgring 2017. This in the presence of Georg "Goa" Bellof, the brother of the popular racing driver from Giessen, who participated in the classic part of the motorsports event with a historic Porsche
911 itself intervenes in the events of the weekend. Goa can also be seen in the catalog of his collection named after his brother, with which the various articles are presented in detail. The choice of location and time for the launch of the Stefan-Bellof-Collection could not have been better, because there is a very special connection between the racer and the Nürburgring-North loops: 6: 11.13 minutes. 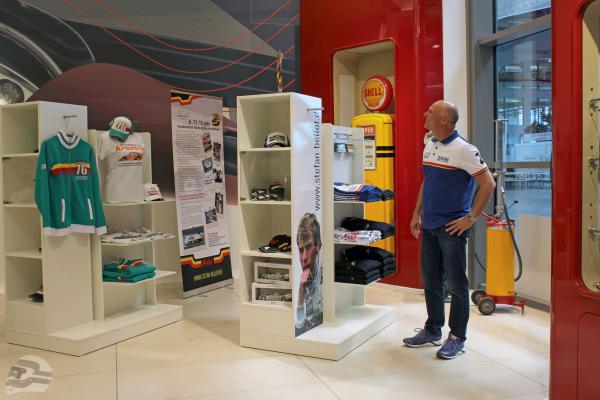 Still up to date: the record round

Even now, Stefan Bellof has the best time ever driven on the north loop; A round-trip from the FIA World Sports Championship qualifying competition 1983 on a Porsche 956 K, which should write history and still today is incredibly amazed. That's why the Giessen is like any other driver before and after him with the history of the legendary race track - so the ring is the ideal location to introduce the Stefan-Bellof-Collection. The launch includes high-quality polo shirts in all relevant sizes; Decorated with noble embroidery.
These refer to the record round and their time, on the back the starting number 2. In addition, there is a cap made of 100% cotton, also carrying the 6: 11,13. Corresponding stickers in different colors are in the assortment as well.

Whoever likes it more decently: caps with the signature Bellof, cups with signature or a picture of the helmet in the design, as the racing driver has worn it. Key pendants in the same look, as well as dark blue polo shirts and caps, also create the cover for Bellof's distinctively designed head protection with their embroidery. Do not miss hoodies and jackets. Fans of the Formula 1 will also be happy with the T-shirts and caps with which the Stefan-Bellof-Collection recalls 3rd place at the 2004 Grand Prix Monaco. All articles from the catalog are exclusively available at the Nürburgring in the Ck partner shop, thus the Cologne Frist Trade GmbH directly in the ring boulevard. It goes without saying that the model cars offered by Stefan Bellof in the 1:43 and 1:18 format as well as in a strictly limited edition.

As mentioned at the beginning, Georg "Goa" Bellof will be a part of the race weekend at the Cologne First Trade GmbH shop in the Ring boulevard. The dental technician master from Gießen has long since sold his successful dental laboratory and is now dedicating himself to "teaching other people how to drive". As an instructor in the driving safety training of the Porsche experience, he remains the brand with which his brother became a long-distance world champion in 1984 - just as loyal as a racing driver at the ADAC Zurich 24h Classic.
With this he enters with a Porsche 911 3.0 RS from 1975. To the collection, he explained that he was very happy about the choice of the partners because they think like him: "Quality is the most important thing." This is due to the name Stefan Bellof, so the licensor. Take the opportunity to convince yourself of the promise of this promise from the coming weekend at Ring boulevard. 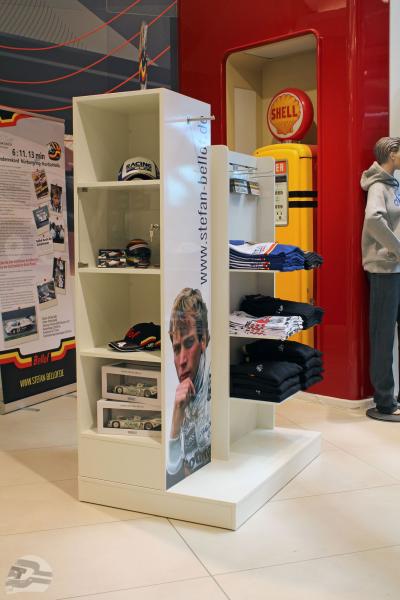 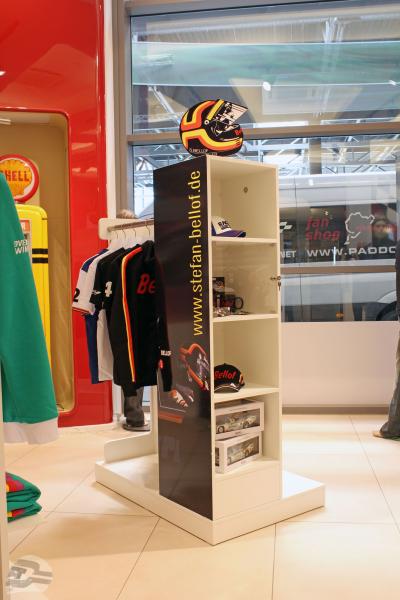