It is a weekend that is important from the point of view of Stefan Bellof as well as from the perspective of Porsche: On July 15, 1984, the Giessen racing driver won the 30th Int. ADAC 1000 km race from the Nürburgring on a Porsche 956 with the starting number 2. With the starting number 2, the Porsche LMP team also won this year on the legendary circuit of the 24 Hours of Le Mans and comes to the race on 16 July 2017 As a table leader to the not less legendary Nürburgring. With this article, we are going back to 1984 to mark the upcoming weekend, but at the same time we look at what awaits us, let Teamchef Andreas Seidl have their say and look at the starting position for the Le Mans winner, according to program manager Fritz Enzinger A reworked aerodynamics package in the Eifel, which should have worked very well in the tests. 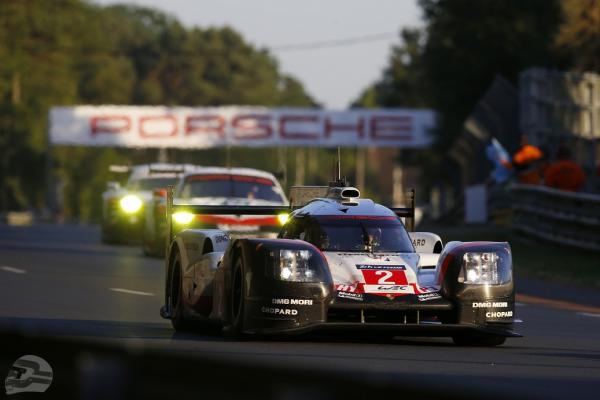 Typical Eifelwetter prevailed on said 15th of July 33 years ago, when Stefan Bellof was the 30th Int. ADAC 1000 km race Nürburgring won. 42 starters had arrived to gain glory and honor on the 4.542-kilometer circuit, but only 30 have finished the races in the rain. 28 were judged and only one of them stood at the top of the podium: Stefan Bellof. Exactly 999,249 kilometers lay behind him, when the race was finished after six hours. The fastest lap secured Jonathan Palmer, but from the pole position started Bellof, for which he needed 1: 28.680 minutes. The average speed is 184,384 kilometers per hour. The race was carried out on the new Grand Prix course; The record of 6: 11.13 minutes, with which Bellof Motorsportgeschichte wrote, is attributable to the old Nordschleife and to today still unbroken.

Derek Bell was, incidentally, the team colleague Bellofs in the cockpit of the World Championship run 33 years ago. What will lead us to the next weekend, when the World Endurance Championship will return to the Nürburgring. "There is hardly anything more beautiful," says Fritz Enzinger, head of LMP1. "The 24 hours at Le Mans were long-distance sport with all the ups and downs. In the Eifel, we want to drive a lightning-fast six-hour race, and we want to win for the third time in a row in 2015 and 2016. "

With the new bodywork, the Porsche 919 produces more pressure, which makes it faster in the corners. After three of nine races to the FIA ??long-distance World Championship WEC and double points in Le Mans, Porsche leads the manufacturers with 111 points ahead of Toyota (78.5). The Le Mans winners Earl Bamber, Timo Bernhard and Brendon Hartley are in the lead in the drivers' championship with 83 points and a lead of 17 points to the top ranked Toyota trio. Reigning world champion Neel Jani and his partners André Lotterer and Nick Tandy had failed in Le Mans after more than ten hours of leadership and currently occupy the fifth place with 28 points. The WEC field, which is divided into four classes and consists of prototypes and GT sports cars, has 29 cars on the Nürburgring. The start for the six-hour race will take place on Sunday at 13:00. It is transmitted via Internet and TV worldwide.

Back to Porsche: The 919 Hybrid develops around 900 hp / 662 kW system output from a compact two-liter V4 turbojet with almost 500 hp / 368 kW in combination with two different recovery systems - braking energy from the front axle and exhaust gas energy. While the combustion engine is driving the rear axle, an E-engine with an output of more than 400 hp / 294 kW acts on the front axle when booted. An accumulator for the electrical current obtained from braking and exhaust gas energy is a liquid-cooled lithium-ion battery. Let us listen to Porsche pilot Timo Bernhard, who is particularly connected to Stefan Bellof: "I'm really looking forward to the Nürburgring. Next to Le Mans, my home race is the second season highlight for me. For the last two years, the six-hour race has been held. It was super received from the beginning. The atmosphere with full ranks and very knowledgeable audience was brilliant. "

"It would be a pleasure for us," Hattrick said, "but both the Toyota and our sister car will be very strong." And what does Teamchef Andreas Seidl say? World Championship 2017, both us and Toyota have pushed the limits of what is technically feasible again, on the one hand, the round-the-clocks, which have been reduced by the regulations We all went to the limit and after the success in Le Mans, the team went on to the very top with a very positive three-day performance test in Barcelona, ??and we feel well prepared for the six-hour race at the Nürburgring. " Well then we also keep our fingers crossed and look forward to the weekend! 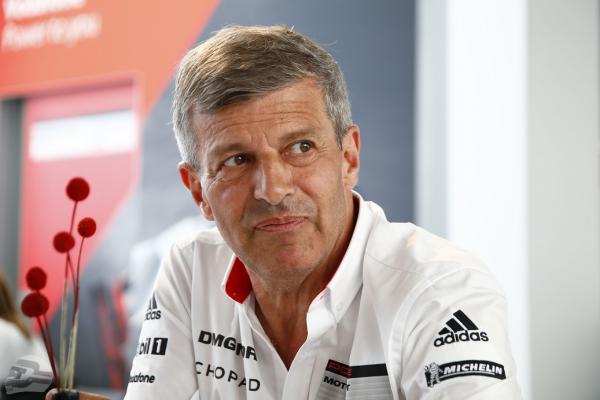 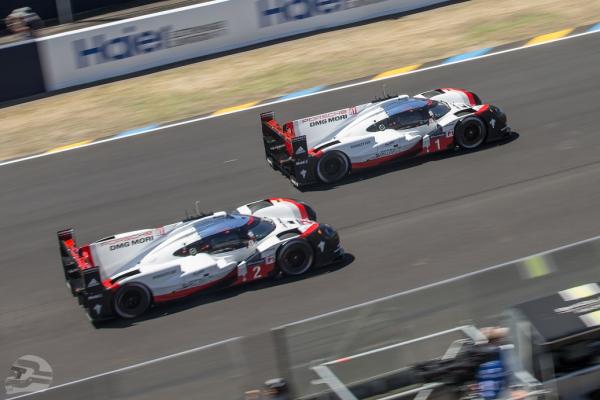 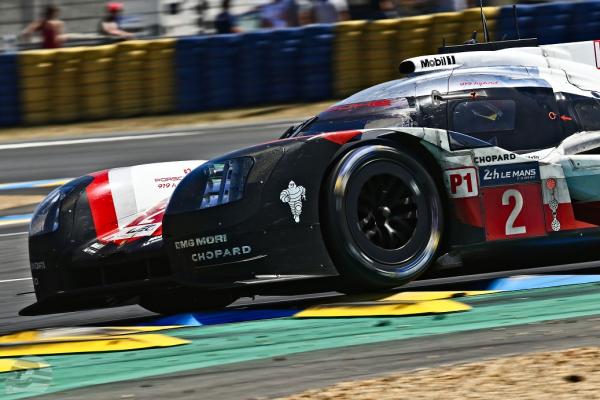 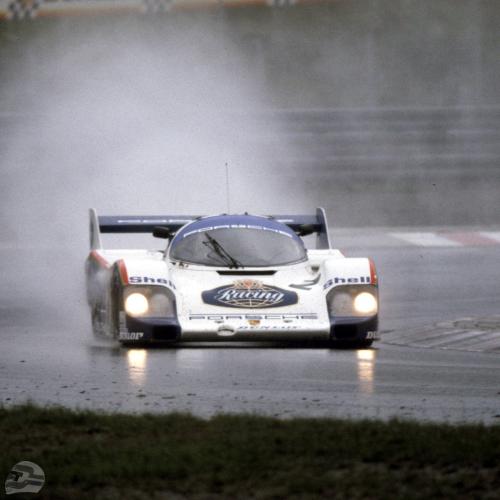 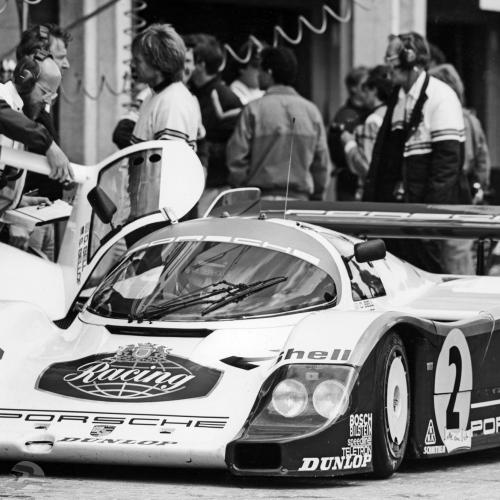 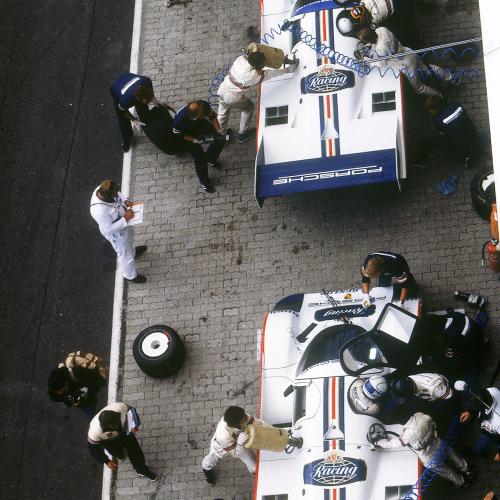 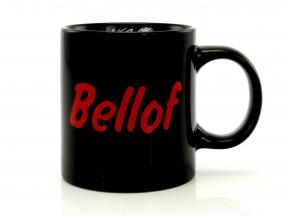 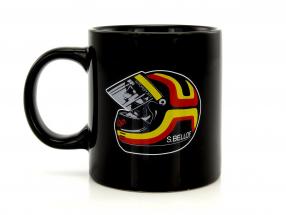