From the Westbahnhof up to the Solitude castle the first authors were driven in 1903. Starting point and course of the route changed several times up to 1935; The year when the course found its final layout and gave space on a route of 11.4 motorized cars and motorcycling on restricted public streets to exercise their sport. But in 1965 the glorious time of the circuit in the Stuttgart West ended, but since 2008 the Solitude Revival is reminiscent of this era. 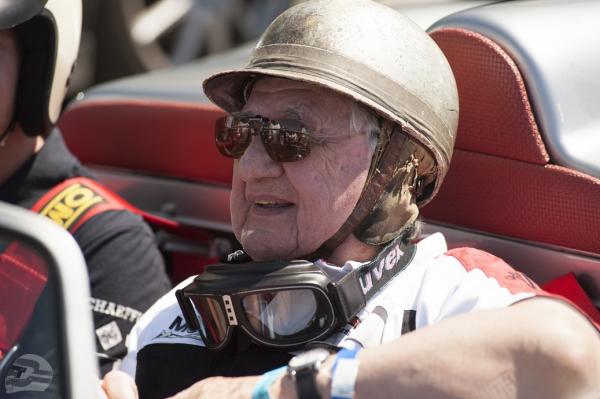 Mercedes-Benz and Porsche used the event of demonstrate historic racing and road vehicles on the former Solitudering near Stuttgart to keep in touch with their fans. Around 10,000 visitors found their way to the historic circuit. More than 300 cars, 59 racing motorcycles, eleven with side cars and appropriate weather: Like this year, the Solitude Revival was also held on parts of public transport that were specifically closed for this occasion. The team of Stefan Bellof Official was also represented on the spot and was happy as the organizers about the presence of media representatives from Germany and abroad.

Porsche at the Solitude Revival

Due to Stefan Bellof's relationship to Porsche - Bellof was the first German long-distance world champion on a Porsche 956 in 1984 - we take a look back at the Solitude Revival 2017 with regard to the presence of the Stuttgart sports car manufacturer. The three-day festival of the Automobile Classic started on Friday at 2 pm with the presentation of the participating vehicles at the Glemseck. Porsche brought along great sports cars driven by prominent, former racing drivers like Herbert Linge, Hans Herrmann and the still active Marc Lieb. Even Hans-Joachim Stuck gave himself the honor and sat at the wheel of the Porsche 962, with which he won 1986 and 1987 Le Mans. Linge and Herrmann each piloted a Porsche 550 Spyder, the 1954 the Carrera Panamericana denied. Eberhard Mahle introduced a 356 B Carrera GT 1960, while Le Mans winner Marc Lieb controlled the 804 Formula 1 from the year 1962. Lieb enjoyed a home advantage, because the Ludwigsburger is present at every Solitude Revival.

The Porsche 804 Formula 1 race track in the Glemswald between Leonberg and Stuttgart is also not unknown: the 461 kilogram lightweight eight-cylinder single-seater, the only Formula 1 racing car ever developed and built by Porsche, already triumphed in the Grand Prix under Dan Gurney The solitude "; Right in the picture bar. The Porsche Museum provided other historical models from the company's collection for the spectators: Kurt Ahrens denied the 11.7 kilometer race track through the Mahdental with the 718 Formula 2 1960, which was used for the first time on the historic racing course. The transaxle experts Günter Steckkönig and Hans Clausecker completed the starter field in the Porsche 928 Trigema 1982. In addition to the Porsche 962 from 1987, Rudi Lins completed the Porsche range for the Solitude Revival in the 908/3 1970.

The Solitude Revival - It couldn't get any higher caliber

With its 545 kilograms, the 908/3, which has won three of a total of four work inserts, stands as an extreme form for lightweight construction. Special vehicles on the basis of the 944, Cayenne and 911 were exhibited in the paddock. Pacecar used the new cars 911 GT3, Macan GTS and Panamera. With the ticket from the Solitude Revival, the spectators will receive a 25 per cent discounted admission to the Porsche Museum by December 31, 2017. At the end of the day it will be noted that there has been hardly a more beautiful event for Autofans this weekend than The Solitude Revival. We were delighted to have been there and look forward to the next guest game of the great old cars on the traditional track. 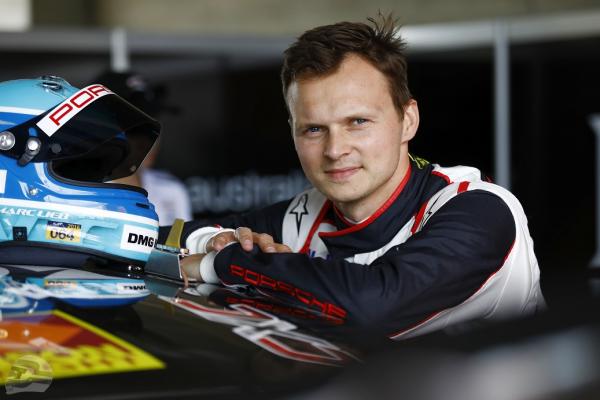 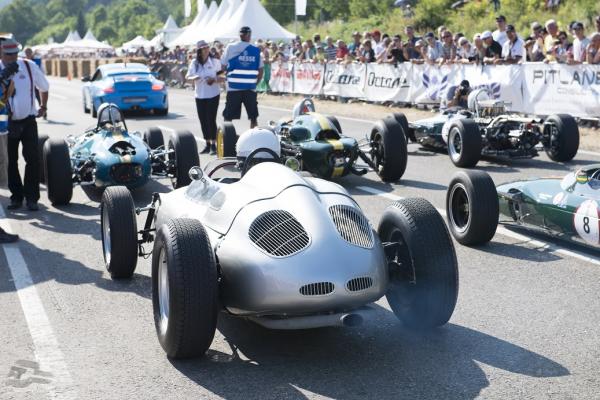 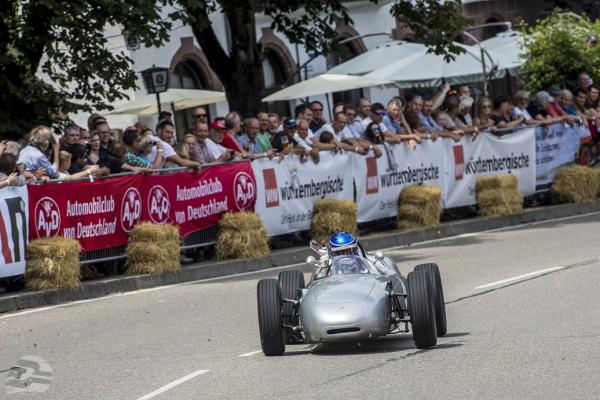 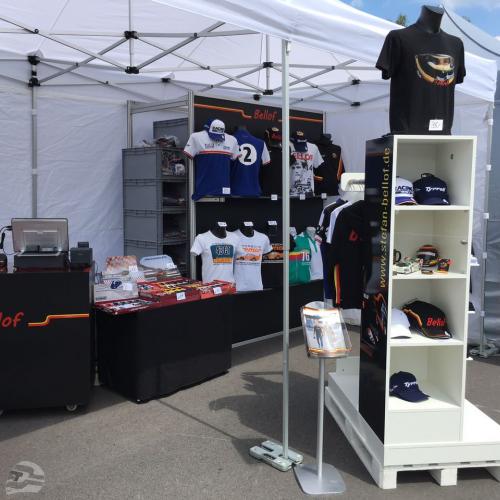 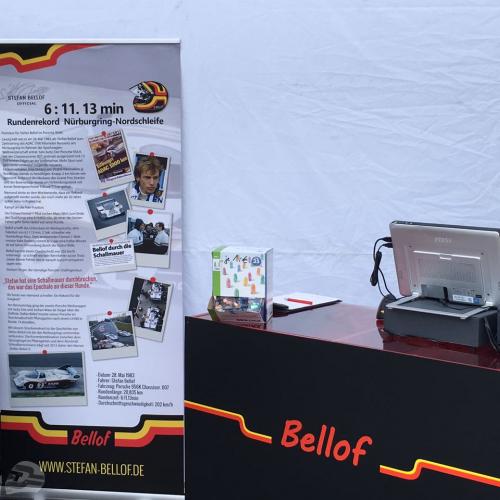 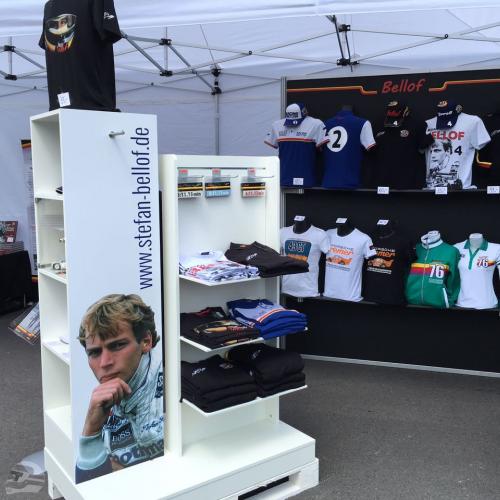 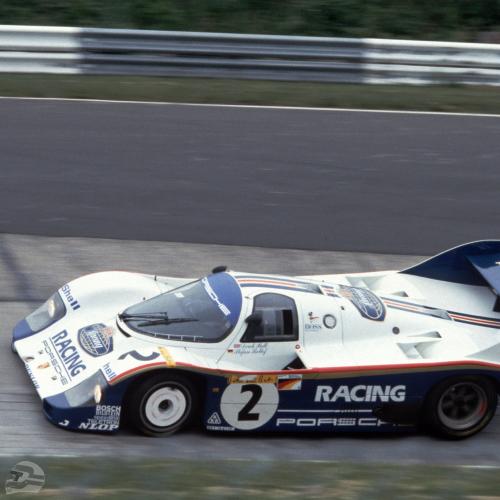 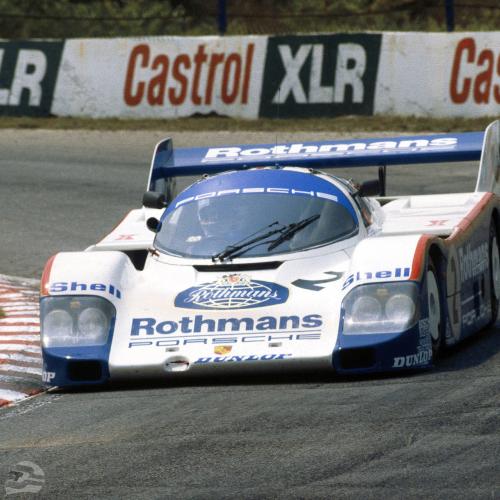