Experts from the Nürburgring combine two concepts: the long straight at the end of the Nordschleife, and on the other hand, the petrol station along the federal road running parallel to the circuit section. Hans-Joachim Retterath - called "Retti" - leads the gastronomy operation of the third generation, expanded in 1929 by a petrol station, and stands like no other for a hospitality that offers the innumerable fans of the Motorport a second home. 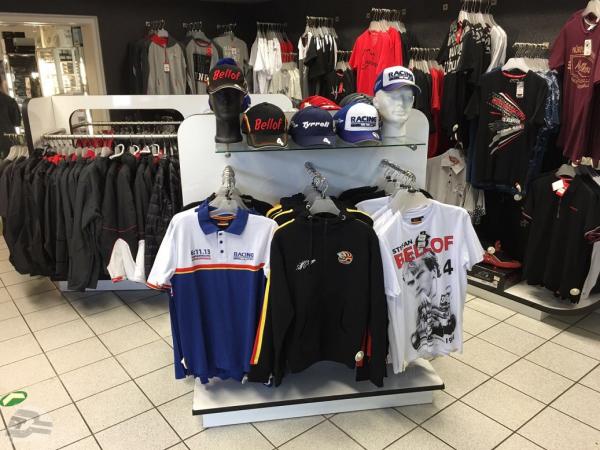 Conversations of petrol with a snack, sitting together with like-minded people, and every now and then a celebrity guest  - that is what the Döttinger Höhe is known for. The fact that the Stefan Bellof Collection is now available in the affiliated shop is almost like being knighted for the Stefan Bellof Official team. Goose bumps are noticeable; Combined with deep gratitude that our shirts, caps and modellautos are now available there.

The Döttingerhöhe in the short portrait

For those of the readers, who may not be quite familiar with the local situation, let us briefly summarize why Döttinger Höhe is known. Already at the opening of the Nürburgrings in 1927 the Gasthof was a well-known institution. Owner Jakob Degen built the gas station two years later; Daughter Anna and her husband, Sylvester Retterath, ran the inn and the subsidiary until 1972, before their son Hans-Joachim took over the management and expanded the company to include a hotel. To this day he is the boss of the whole thing, as is proudly mentioned on the company website. Combined with the passion for motor racing on the circuit and fast cars for the streets, Retterath always welcomes celebrities such as the racing driver Hans-Joachim Stuck, singer Rea Garvey or Lily de Benedetti, the partner of the unforgettable Juan Manuel Fangio.

"Goa when you drove Formula 3 and later Stefan, there were still real stars at the wheel, at that time one knew half of the starting field".

Stefan Bellof Collection - where else other than here?

The fact that motorcycle world champion Dirk Raudies and truck European champion Antonio Albacete, real heavyweights of motorsport, are among the fans of this rest stop has long since become everyday life for this traditions rich company. Is there a better, more stylish place to visit the Stefan Bellof Collection than the Döttinger Höhe? Stefan Bellof is still the only one to round the Nürburgring-Nordschleife with an average of more than 200 kilometers per hour, more precisely on 28 May 1983 during the training for the 1000 km race with the Porsche 956 with the chassis no. 007. The round time 6: 11,13 can be found on caps, a poloshirt and other items from the collection.
We would be delighted if your next visit to the Nürburgring has a pit stop at the Retteraths, but we are convinced that you have planned that anyway, because what would be a visit to the Nordschleife without a snack at the Döttinger Höhe? 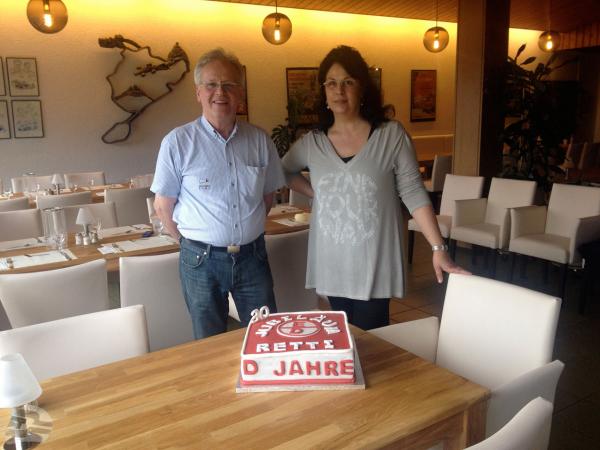 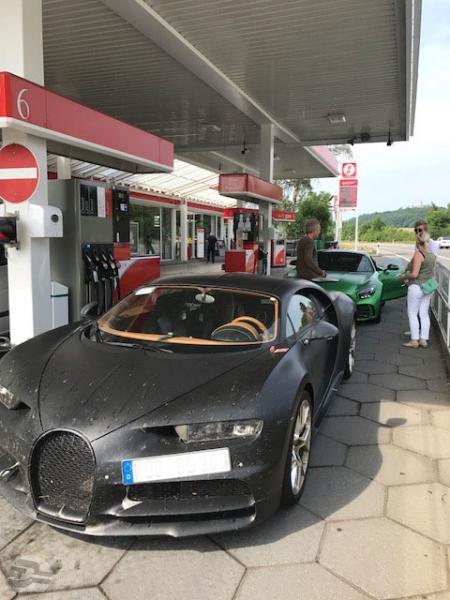