Minichamps from Aachen is known as the most distinguished label in the field of manufacture model cars from the motorsports. Since 1990, the people from Aachen inspire their fans all around the world, that belong to the best in the quality of workmanship as well as in the finish of the details. We quote: “We are not only selling model cars – we offer emotions. History, dreams, memories – we live on that and every part of your collection stands for something of it. We can be there in your showcases, which makes us proud and grateful!" Keyword "Memories”: The two new model cars in scale 1:18, which have just appeared after models of the year 1984, remind us of two great races by Stefan Bellof: The Porsche 956 in the Jägermeister-look of the 200 miles from the Norisring and the 956, which the factory had used in the Rothmans appearance at the Nürburgring only a short time later. A third place and a victory - briefly presented here. 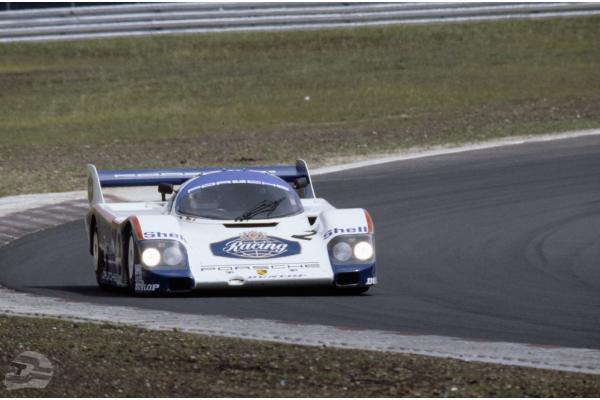 Exclusively for the Stefan Bellof Collection, Minichamps has produced an edition of 444 units of the model of the Porsche 956 K, which appear, as mentioned above, in scale 1:18 and reproduce the racing car of Stefan Bellof, with which he had went to the start at the 200 Miles at the Norisring 1984 for Brun Motorsport. Bellof reached third place in the orange-colored Jägermeister Porsche in the DRM counting race and with the help of 470 kW / 640 hp in the customer vehicles, to which the model cars out of diecast remind to and which are available under item number 153846601. Of course, the miniatures of the Porsche 956, which is powered by an air-cooled six-cylinder boxer engine, match exactly the lines of the popular model with the chassis number 116 and slavishly reproduce every detail.

In the chassis No. 009, the driver pairing Stefan Bellof and Derek Bell achieved the victory at the 1000 kilometers on the Nürburgring, two weeks later. Minichamps dedicates the vehicle of the Porsche-factory team in the blue-white Rothmans-design a model, limited to 150 pieces, also in scale 1:18 and in the same first class finish as the Jägermeister-Brun-Porsche mentioned above. The Rothmans lettering was waived the provisions according to the race track, wo which the model cars with the item number 153846702 take account. The victory at the Nürburgring had been a very important step to the win of the endurance-world-championship in 1984 for Stefan Bellof. The sympathetic and popular man from Giessen had driven seven times to the highest platform on both racing cars, here miniaturized to models in this season.

Only the race at Silverstone in May is considered as a slip-up with 10th place. The Porsche 956 was also a winner, the motorsport history has written: The sports car prototype won from 1982 to 1984, all the titles of the FIA World Sportscar Championship, which were to win, both in the ratings for drivers and the brands. On the five-kilometer-long Hunaudières straight the Porsche 956 reached about 350 kilometers per hour. Only 3.4 seconds passed until the 956 reached tempo 100. For the development of the then completely new designed due to the new regulations Porsche 956 the engineer and project manager Norbert Singer was responsible, who is regarded as a fervent supporter of Stefan Bellof.

The key data to the role model of the model cars

Originally the Porsche 956 developed out of its six-cylinder with about 2.7 liters of displacement as well with the help of two turbo chargers and intercoolers 455 kW / 620 PS. That corresponded to a power of 172 kW / 234 PS per liter. The maximum torque was 630 Newton meters (Nm) at 5400 revolutions per minute and was passed by five-speed manual transmission to the rear axle. Basically, the engine was air-cooled, but the cylinder heads received supportive water cooling. Over the chassis, an aluminum monocoque, the plastic body was mounted. The empty weight was originally 820 kilograms. From model year 1983, the performance was raised to the above figures. The here presented, in the quantity very rare calculated model cars to this legendary sports car can be found in the shop. 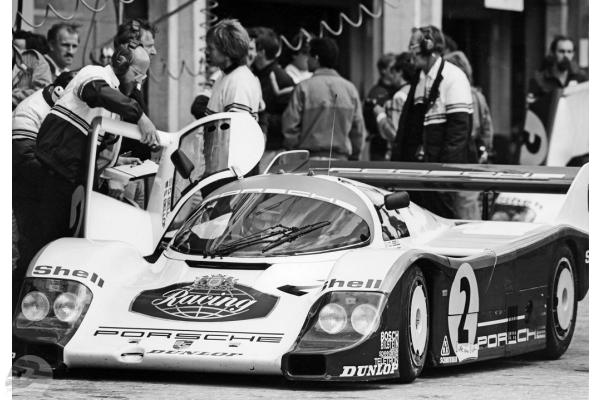 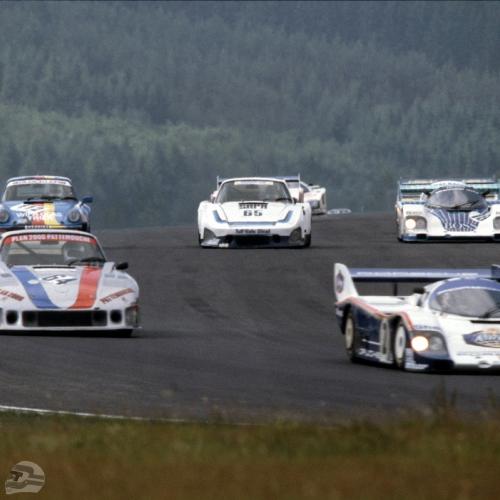 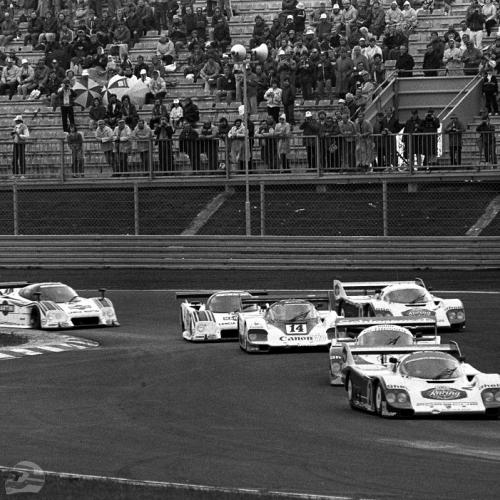 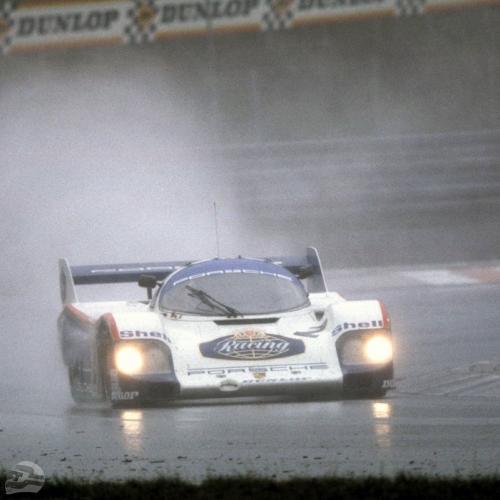 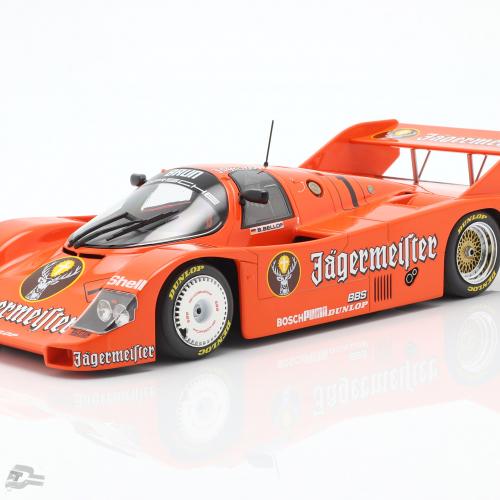 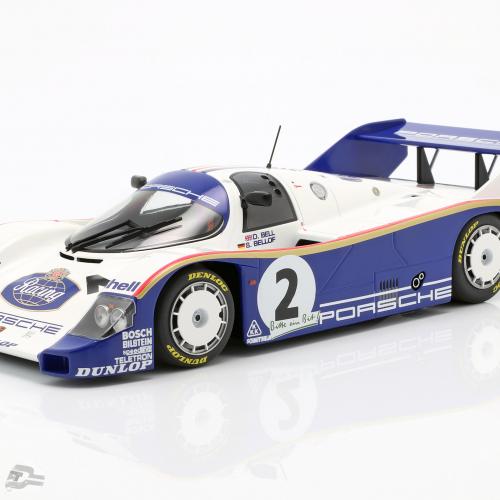 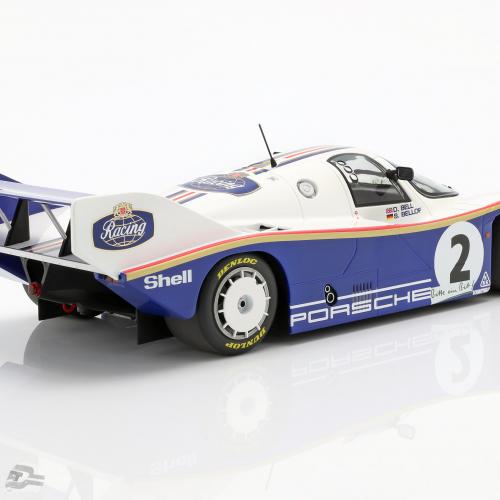 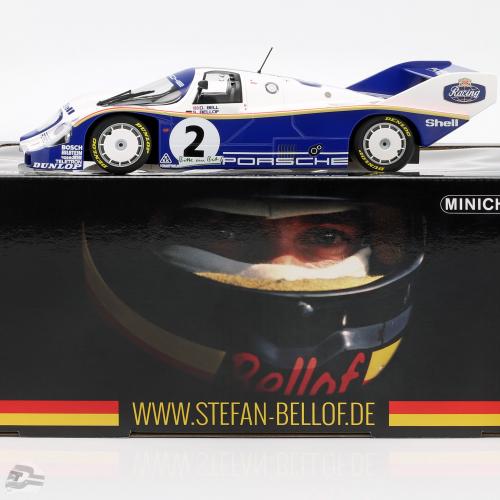 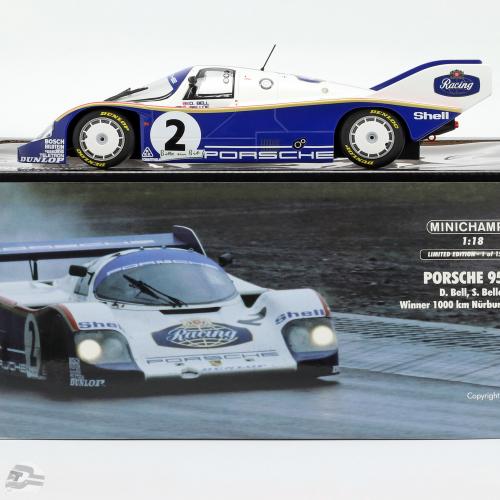 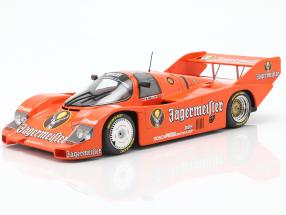 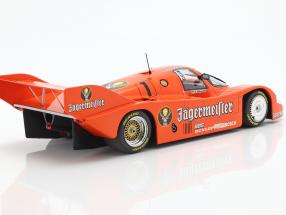