12.12.2019Stefan Bellof and the Hall of Fame of the long distance in Parisww.stefan-bellof.de

In the evening of December 2nd, 2019, Stefan Bellof was once again in a special way in the focus of the public of motorsports next to 28 of his colleagues: On this evening, 29 champions from the world of long distance racing were taken into the FIA Hall of Fame as part of a festive ceremony in the Automobile Club De France in the heart of Paris. With it was Georg Bellof, the brother of the 1985 deceased racing driver from Giessen. All sports car World Champions since 1981 have been taken into account, so those of the current FIA World Endurance Championship WEC as well as those of the predecessors existing until the season 1992: The sports car world championship was held for the first time already in 1953; Its first race had been the 12 Hours of Sebring. In the early years, only the brands or manufacturers initially benefited from the award with a title. The team from Stefan Bellof Official has essentially recorded the process of the gala. Our request for a statement has gladly met Georg Bellof. In addition to many prominent athletes, the host motor sports authority FIA, the Fédération Internationale De L'Automobile, has also brought some of the vehicles to Paris. 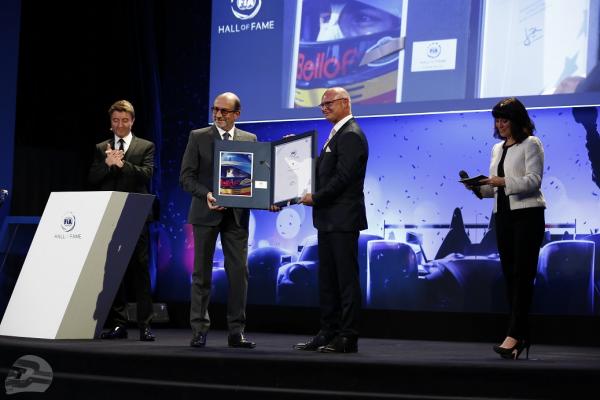 The stars of the long distance are guests in Paris

Let’s begin with the list of champions, who have been honored with the title Sports Car World Champion or Long Distance World Champion since 1981: The ceremony began with the introduction of the racing drivers who had won a title between 1981 and 1992. The first sports car world championship for the drivers was won by the American Bob Garretson, who was driving a Porsche 935K3 from the Cooke-Woods Racing team. The 86-year-old was the first driver to be accepted into the new FIA Hall of Fame. He was followed by Jacky Ickx, the title holder from 1982 and 1983, and Stefan Bellof from 1984, who, as mentioned at the beginning, was represented by his brother Georg Bellof. Bellof's teammate Derek Bell (1985, 1986) continues the ranks of the honored; At his side Hans-Joachim Stuck, who in 1985 won the title of the Endurance World Championship for Porsche in addition to the Briton.

Next, Brazil's Raul Boesel and the Briton Martin Brundle were on stage to celebrate their titles won in 1987 and 1988 with Jaguar. The title winner from 1990 on Sauber Mercedes - Mauro Baldi - followed his country man Teo Fabi, who won the title again in 1991 for Jaguar. The four-time Le Mans winner Yannick Dalmas was in 1992 with Peugeot the last world champion of the sports car world cup; the French driver was next in front of the crowd on the evening of the gala, followed by his teammate, the Briton Derek Warwick. Then it was the turn of the double world champion from 1981 to 1992, Jacky Ickx and Derek Bell. The Belgian driver won the world title in 1982 and repeated the feat in 1983, when he raced for Porsche on both occasions. Jean-Louis Schlesser was the third double world champion to be inducted into the FIA Hall of Fame. The Frenchman took the title in 1989 with Sauber Mercedes and repeated his success in 1990 with Mauro Baldi. From 1993 a break was in the history of the World Cup.

The FIA World Endurance Championship WEC was then reintroduced twenty years later, more specifically in 2012. Even their drivers with a world title have now found access to the FIA Hall of Fame. The first title winners of the new era were Marcel Fässler from Switzerland, followed by André Lotterer from Germany and Benôit Tréluyer from France, who won the title with Audi. Next, the champions were on stage in 2013 with French driver Loïc Duval, followed by Allan McNish from Scotland and Tom Kristensen from Denmark, who added to his record of nine wins at the Le Mans 24 Hours this season’s World Cup. Successor on stage was the Briton Anthony Davidson, who won the title for Toyota in addition to the Swiss Sebastien Buemi. It was followed by the World Champions 2015: Mark Webber, Brendon Hartley and Timo Bernhard, who should continue amongst other things the legendary winning streak of the Stuttgart.

Romain Dumas was the next driver on the stage. The Frenchman won the title in 2016 together with his Swiss team-mate Neel Jani and the German Marc Lieb for Porsche. With the New Zealander Earl Bamber and his teammates Brendon Hartley and Timo Bernhard, Porsche secured its third title in a row in 2017. Then came the first super-season, which was held in 2018 and 2019 in two calendar years and was decided by Kazuki Nakajima, who received the award for Toyota. But there are still names missing? Sure, because the double World Champions from the time of the World Endurance Championship 2012-2019 were honored on the stage: the winner of 2014, Sébastien Buemi, was the first with two titles of modern times. The already mentioned German Timo Bernhard won the title in 2015 together with Mark Webber and Brendon Hartley. In 2017, he repeated the feat again with Hartley and another kiwi, Earl Bamber.
Brendon Hartley was next on stage to celebrate his World Championships 2015 and 2017 for Porsche. It was pretty confused hands in congratulation. The last celebrated driver was Fernando Alonso, who became FIA World Endurance Drivers Champion in 2018/19 and who was also inducted into the FIA Hall of Fame for the second time: Alonso is the only driver who is both Formula 1 world champion and long - distance world champion and can therefore be found in both areas. In the environment of the Automobile Club de France and the neighboring FIA headquarters, four winning cars from different eras were presented: the 1983 Porsche 956 by Jacky Ickx, the 1992 Peugeot 905 Evo 1 by Derek Warwick and Yannick Dalmas and the 2013 by Tom Kristensen, Allan McNish and Loïc Duval driven Audi R18 e-tron quattro and the Toyota TS050 Hybrid from 2018 by World Champions Fernando Alonso, Sébastien Buemi and Kazuki Nakajima.

Georg Bellof accepted the certificate for his brother

The FIA Hall of Fame galery was designed by Wilmotte and Associates, a leading architectural company with headquarters in France and is open to the public by prior reservation. The last word in this article should belong to Georg Bellof:

"Of course it was very emotional for me, to accept the honor as my brother’s representative! I could always find out how popular Stefan is after all these years, how intensely he is remembered. In the short period from time from 1980 to 1984, when he worked his way up from the Formula Ford to Formula 1 and also became a Long - Distance World Champion, he matured into a personality that his colleagues even today meet with a lot of respect or think back to him. This also applies to FIA President Jean Todt, who was very happy to present the certificate for Stefan to me, his brother and thus his family. But even the younger colleagues respectfully draw their hat when they hear the name Stefan Bellof!" 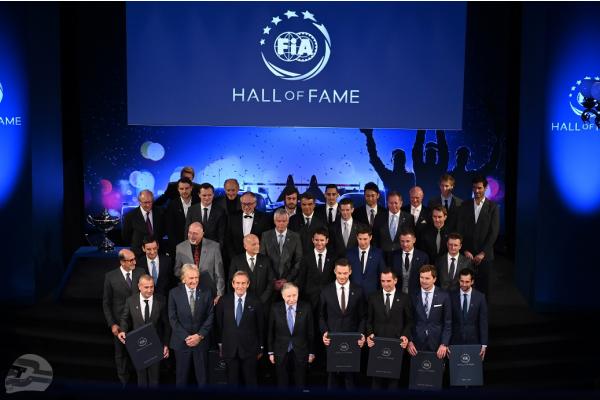 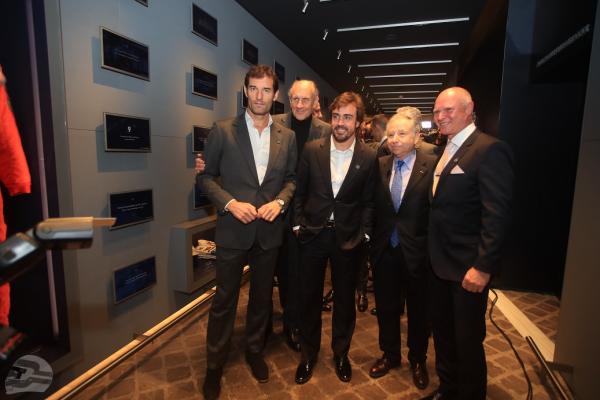 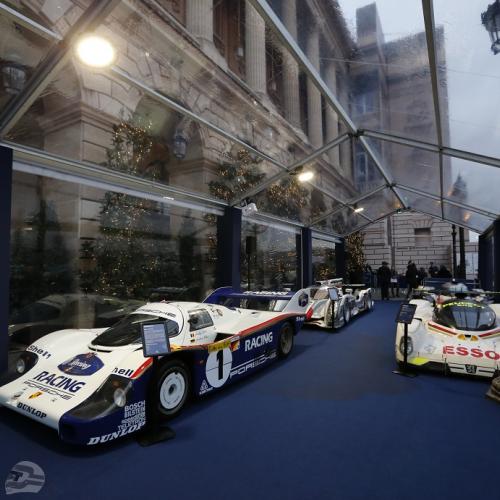 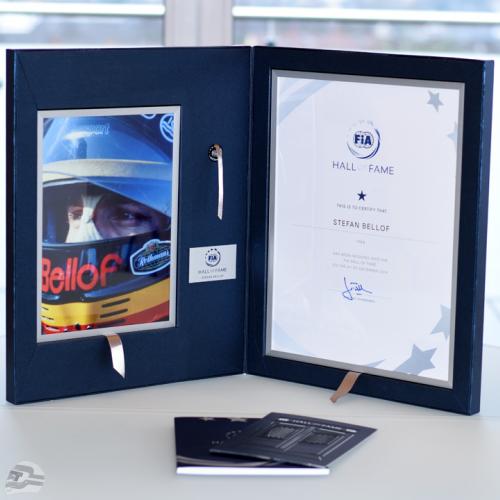 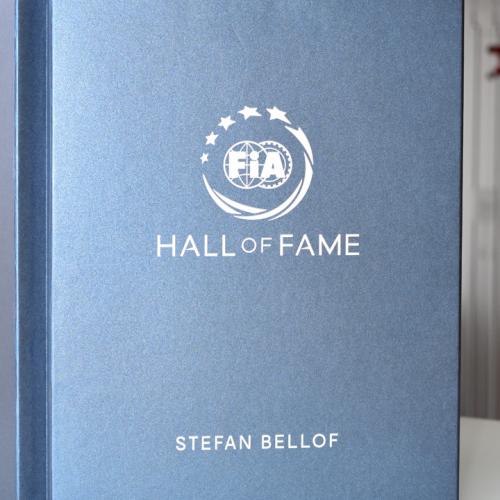 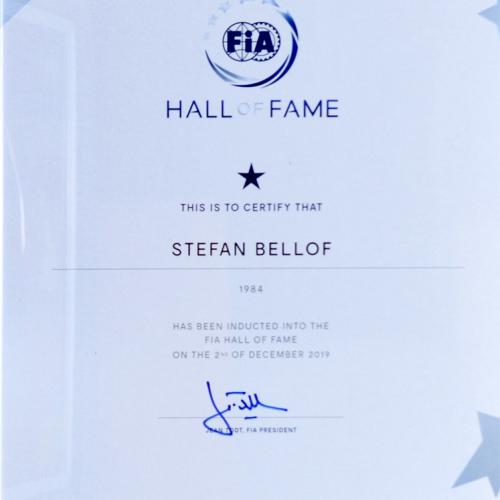 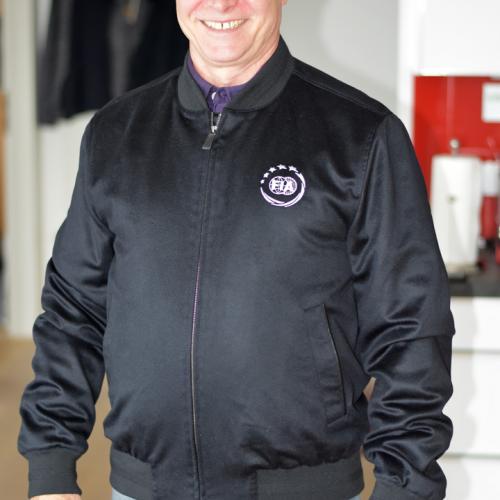 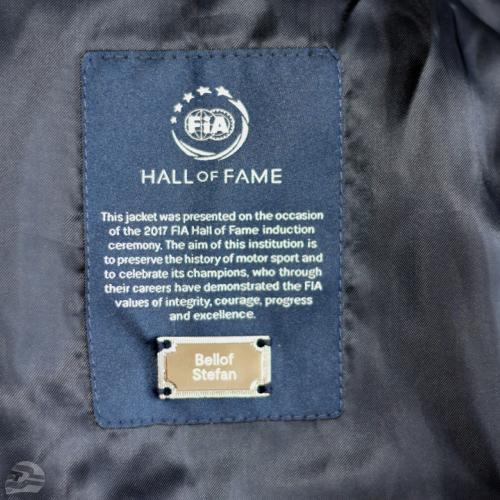