No spectators, but a lot of enthusiasm, anticipation and a very special action on the Porsche 911 GT3 R from KÜS Team75 Bernhard with the starting number 17: The team of the two-times endurance world champion and double winner of the 24 Hours of Le Mans Timo Bernhard is going to remind on the unforgotten racing driver Stefan Bellof with a special design on the car with the driver pairing Simona de Silvestro and Klaus Bachler. Bernhard and the brother of the former racing driver from Gießen - Georg „Goa“ Bellof met to talk as part of the presentation of the vehicle with the special painting. Bernhard expressed his admiration for the 1984 endurance world champion back in 2015 when he adapted the design of his helmet to that of Bellof at a WEC race in Spa-Francorchamps. With the campaign in Hockenheim, the KÜS Team75 Bernhard pays tribute to Bellof's victory at this very racetrack in 1982 in Formula 2.

The ADAC GT Masters starts into the third round of the corona pandemic marked year with the event in Hockenheim on September 18th to 20th. The team from KÜS Team75 Bernhard from the Palatinate Landstuhl is going to compete with two Porsche 911 GT3 R on this top-class motorsport event and takes this opportunity to commemorate the racing driver Stefan Bellof, who is still very popular with the fans, who also won the home race at the Hockenheimring on April 4th 1982, in his Maurer MM82-BMW in front of around 80,000 enthusiastic spectators in the sold out Motodrom after a surprising victory at the start of the season in Silverstone, UK in 1982. Two successful years should follow: In 1983, he achieved a record under racing conditions according to the FIA-regulations with a lap time of 6:11.13 minutes on the Nordschleife as part of the final training of the 1000 Kilometer-race on the Nürburgring at the sports car world championship. 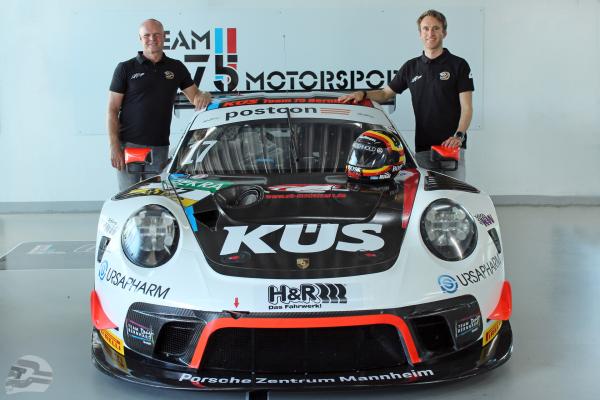 This one has existed to this day and for 37 years now! In 1984, Bellof became German racing sport champion and European champion as well as endurance world champion and thus the first German racing driver to achieve a world championship title on the automobile circuit. Something that his admirer Timo Bernhard also managed to do in 2015 and 2017. Bernhard, two-times winner at the 24 Hours of Le Mans, is now team boss and owner of KÜS Team75 Bernhard und reminds on his big role model Stefan Bellof with a special design on his driving Porsche 911 GT3 R with starting number 17 at the Hockenheimring. He also keeps the success of his team in focus: "We are looking forward to the second home race of the GT-Masters-Season. As a team, we associate good memories with the Hockenheimring. For example, we achieved our first victory in the Porsche Carrera Cup Germany there in 2014!"

Bernhard to the venue of the races: "The Hockenheimring is a great circuit with usually always a good scenery. Unfortunately, no fans are allowed this year, but we will of course give everything and try to achieve our first podium of the season after several close results. Both cars were extremely strong in the last few races, so we want to achieve a good team result in Hockenheim." Georg“ Goa "Bellof, who takes care of the memory of his brother with the website stefan-bellof.de, also wants the sympathetic team to succeed: "I think it's a really great idea, also in connection with Timo Bernhard, who is an avowed fan of Stefan, that he will keep up the memory of my brother. It would be very nice if this action would be also reflected in the results of next weekend's races, and I wish the team great success!" 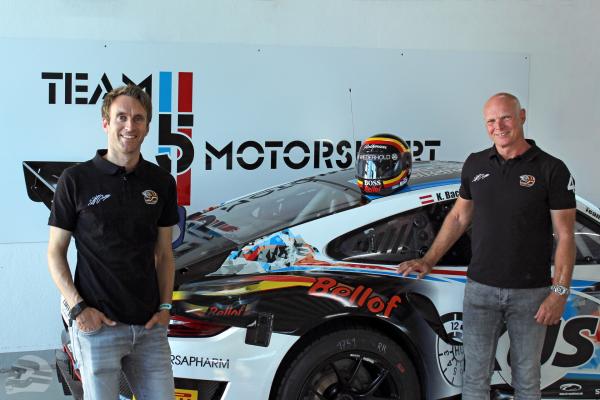 The KÜS Team75 Bernhard and the previous season

Good performance shown, secured a second place on the track that has been revoked, and a narrowly missed podium - the balance sheet from KÜS Team75 Bernhard on the last weekend of the ADAC GT Masters at the Nürburgring turned out to be mixed. Next weekend, the team from the Palatinate Landstuhl has again the opportunity to convert their true strength into countable results at their second home race on the Hockenheimring. Porsche works-driver Simona de Silvestro from Switzerland and Ex-Porsche-Junior Klaus Bachler (29) from Austria focus on the podium in the Porsche 911 GT3 R with the starting number 17 and in the Bellof-design as mentioned above at the highly competitive “League of the super sports cars“. At least they want to come into the points. This also counts for the sister car with starting number 18 under David Jahn (29) from Leipzig and Hannes Fittje from Langenhain (21).

Both one-hour races start at 1:05 pm on Saturday and Sunday and are going to be broadcasted live on Sport 1 (German TV-channel). 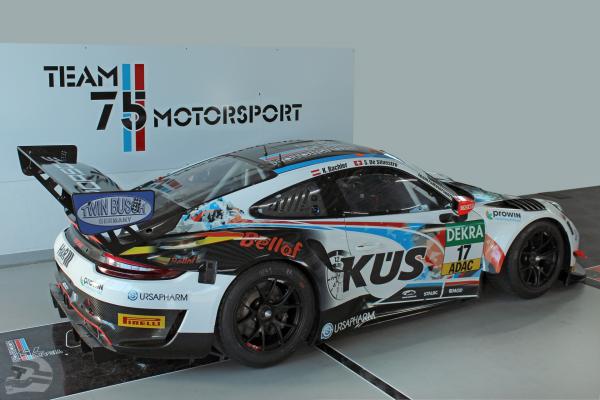 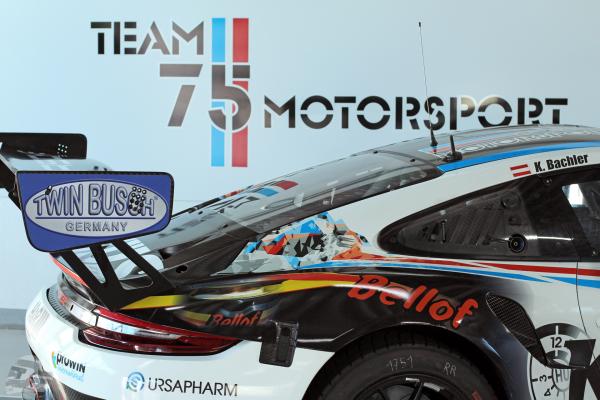 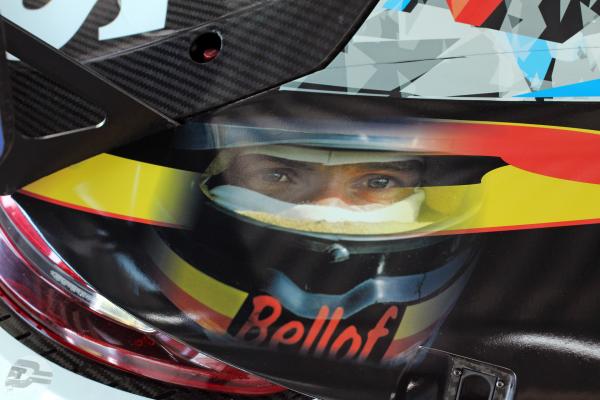