In 1981, Stefan drives three Formula Super V Cup races. He starts in Wunstorf, Mainz-Finthen and at the Norisring. In Mainz-Finthen he starts in the first row and leads the field for a long time, then ends up losing the victory because screws come loose on the engine transmission and he "only" comes in second. Annoyingly, a gearbox defect at the Norisring puts an end to his plans and he has to pull out. In Wunstorf, however, he wins after a start from pole position. Top performance from an inexperienced newcomer!

“I am glad and proud to have known Stefan Bellof. He was the highlight of my 30-year time as a team owner“. 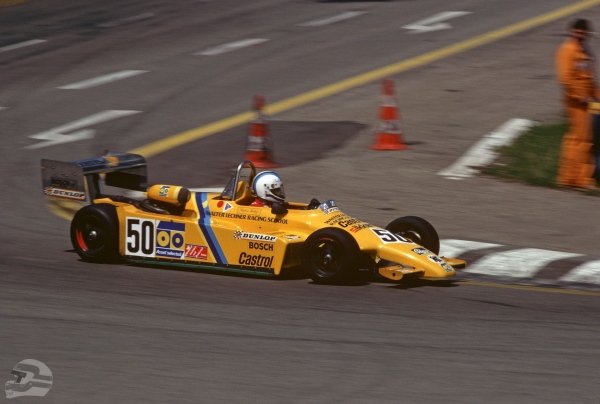